Baseball cards from the 1970s are widely considered the last of the vintage era before the hobby was widely commercialized and transitioned to the modern era.

The ’70s were a great decade for baseball and it saw many historic moments, including Hank Aaron breaking Babe Ruth’s home run record, and Pete Rose coming as close as anyone ever has to Joe DiMaggio’s record 56-Game hit streak.

The Cincinnati Reds or Big Red Machine as they were affectionately nicknamed are the most memorable team from the ’70s due to their big-hitting style and 2 World Series victories.

Most Valuable Baseball Cards From the ‘70s

As expected, the top cards from this decade are dominated by rookie cards, and also unsurprisingly the list is dominated by Topps pieces, with the company really having a stranglehold on the hobby during these earlier days.

Without further ado let’s check out some of the most expensive baseball cards from the 70s’. 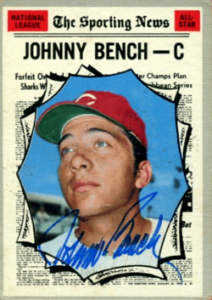 Bench looks like he just took a hit from the bong in his 1970 Topps All-Star rookie card.

A great-looking card with a solid image. Bert is bent over looking like he is about to field a ground ball while looking clean as can be in his Twins uniform. 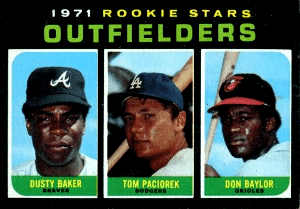 A solid trio of players in Baker, Paciorek, and Baylor in the 1971 Rookie Stars Topps baseball card. 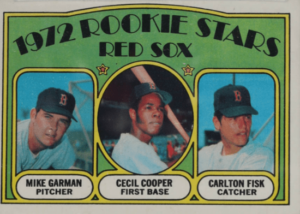 Another solid trio in the 1972 Topps Red Dox Rookie Stars card. Good luck finding this bad boy at high grades as not many exist. 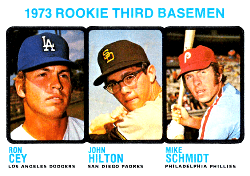 Another trio gracing the most valuable baseball cards of the 1970s? Ozzie Smith was a shortstop, best known for playing in the ‘80s for the St. Louis Cardinals, but he actually started his MLB career in the ‘70s for the San Diego Padres, and it is his rookie Topps card from 1979 that makes this list.

Smith’s headshot is at the center of the card, and he is wearing a Padres uniform as well as sporting some very questionable sideburns and facial hair.

This card does not grade particularly well, and this coupled with Smiths’ incredible MLB career results in a valuation running well into the tens of thousands of dollars for the card in gem mint 10 conditions. Robin Yount spent 20 years with the Milwaukee Brewers, where he broke all sorts of franchise records and is hailed as a legend in the city.

His career is best summed up by the two American League MVP awards he won, one in 1982 and the other in 1989.

Yount was elected to the Hall of Fame in his first year of eligibility in 1999.

Another Topps card, this time with a full-body picture of Yount leaning on his knees, surrounded by an orange and brown border.

This is one of the most sought-after cards in the whole hobby, and in gem mint, 10 conditions will easily cost well into the tens of thousands, but lower condition cards might be more accessible.

This card features Thurman Munson, who went on to spend the whole of the ‘70s in the famous colors of the New York Yankees, helping them to two World Series victories. Munson also appeared in 7 All-Star games, and was named the 1970 American League Rookie of the Year as well as the 1976 American League MVP.

The card also features first baseman Dave McDonald who did not go on to have much of a pro career at all, and all of the value in the card is held because it is the only one available of Munson from the season that he was named Rookie of the Year.

This is another card that has a high population but does not grade particularly well so in top condition it will cost top money, but in lesser conditions is a lot more affordable. Unlike the last card, this features just Munson on his own. It is horizontally printed, with a black border and Munson mid-game in the center in front of a full crowd. It features a printed autograph, and a mock Rookie of the Year trophy as nice additional details.

This card has the official designation of a rookie card but is not technically from his rookie year, which does not particularly affect the value of this piece but does boost the value of the 1970 dual player card.

Due to both a black border and severe centering issues, this card has never been found by PSA to be in top condition, and only a select few have even made it to be graded PSA 9. In this condition, they easily surpass 5 figures, so if one ever shows up in PSA 10 then it could go off the charts. Steve Garvey is possibly one of the best baseball players ever to not be elected to the Hall of Fame, after failing to gain the votes needed on 15 separate occasions. He holds the National League record for most consecutive games played, as well as playing in 10 All-Star games and being elected National League MVP in 1974.

The card features Garvey in the center, with a black border and printed autograph in a typical Topps design from the era. If the experts do not appreciate Garvey enough to elect him to the Hall of Fame, this card is certainly proof that the fans do, with a value exceeding £20,000 when it is found in gem mint 10 conditions.

It is however another big example of how cars from this decade just do not grade very well, with the black border and centering being two of the biggest issues experienced. There have been just 2 found in mint condition, but the population in the lesser condition is good which makes them a lot more affordable.

These cards are not only now part of sporting history, but they are also bordering on being real antiques. They are the last of the vintage era and feature some true legends of the game, including numerous Hall of Famers.

Like with any antique, if you keep it in mint condition it its value will remain solid, and even grow over time. Investments in ’70s baseball cards are as safe as investments come. 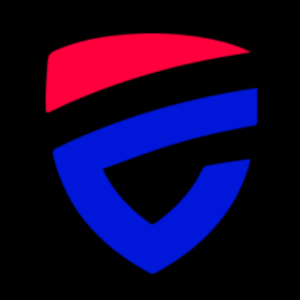